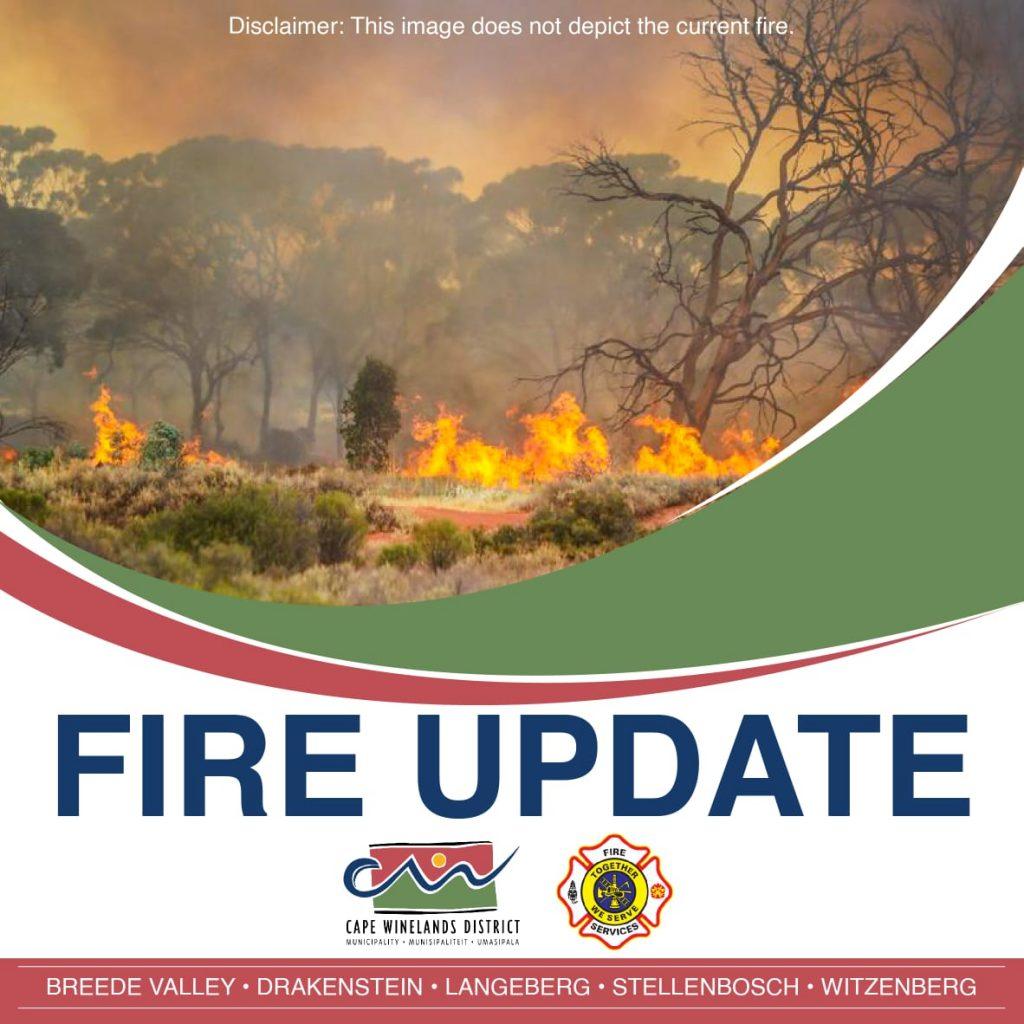 The Cape Winelands District Municipality’s Fires Services have for the period of 19 – 25 January responded to 75 fires.   Seven of these were notable for either their potential for damage to livelihood or property and/or the large fire line, it is suspected that three of the seven fires were caused by lightning strike.

A fire was responded to in Bainskloof, where it threatened to move into an area renowned for its pristine indigenous natural vegetation.  Prompt response form the team at Nuiwedrift together with the diversion of aerial resources, brought this fire under control quickly.

The two largest fires, Agter-Vink Rivier, on the Robertson Worcester border, and Pienaarskloof in Touwsriver stretched resources to their limits.  The latest report, (7:30am on 27 January 2022), indicates that this fire is under control, however two ground teams will stay on the line for the next 12 hours to continue mopping up operations.    The fire in Touwsriver has been fully contained and no flare-ups have been reported for the last 12-hour period.  Teams have stood down.

The team in Touwsriver reported that they were able to divert flames from several thatched homes/guest cottages on the Imbhali Lodge; given the challenges of this fire that is indeed a huge achievement.

A fire in Pearl Valley, next to Val de Vie and the Tomato farm caused great concern and was brought under control with immense effort. The fire was fuelled by dense, mixed alien vegetation, referred to in fire terms as ‘dirty veld’.  The bush was so densely overgrown that fire teams could not gain access and even water bombing by aerial resources was ineffectual.  The teams applied a recognised fire suppressing technique, to create fire breaks that stopped the fire from burning into the two private housing estates and the tomato farm. The fire started on a piece of private land.

The last two fires were on Bottelary road outside Stellenbosch and at the Môrelig farm close to Wemmershoek. Both these fires were contained with admirable speed as they posed extreme risk to livelihoods.

The fires described above were challenged by all or some of the following issues:

At times during the last week, all the resources of the Cape Winelands District Municipality’s Fire Services were deployed at various fires.

Chief Fire Officer, Wayne Josias shares this sentiment, “While we applaud the incredible achievement of our fire teams under difficult circumstances, as they not only managed to avoid injury, but through excellent planning of finite resources, achieved our primary goal:  which is the prevention of loss of life and livelihood. We wish to remind the public that fires are everyone’s responsibility.  We are entering the hottest part of our summer months, please consider enjoying our public spaces in ways that do not include making fires, even when in designated braai spots.”

Executive Mayor, Elna von Schicht reported to the council, “No fire is won by a single team and it is with deep appreciation that we recognise the valuable role of our partners, Winelands Fire Protection Association, CapeNature, Montagu Volunteer Fire and Rescue Services, our five Local Municipality’s Fire Services, Western Cape Government, our contracted ground teams and aerial resources and various communities for their hard work and generosity of services that have assisted our fire teams during this very tough week.” 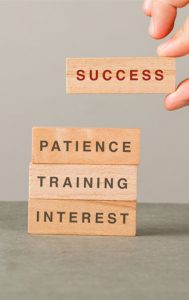